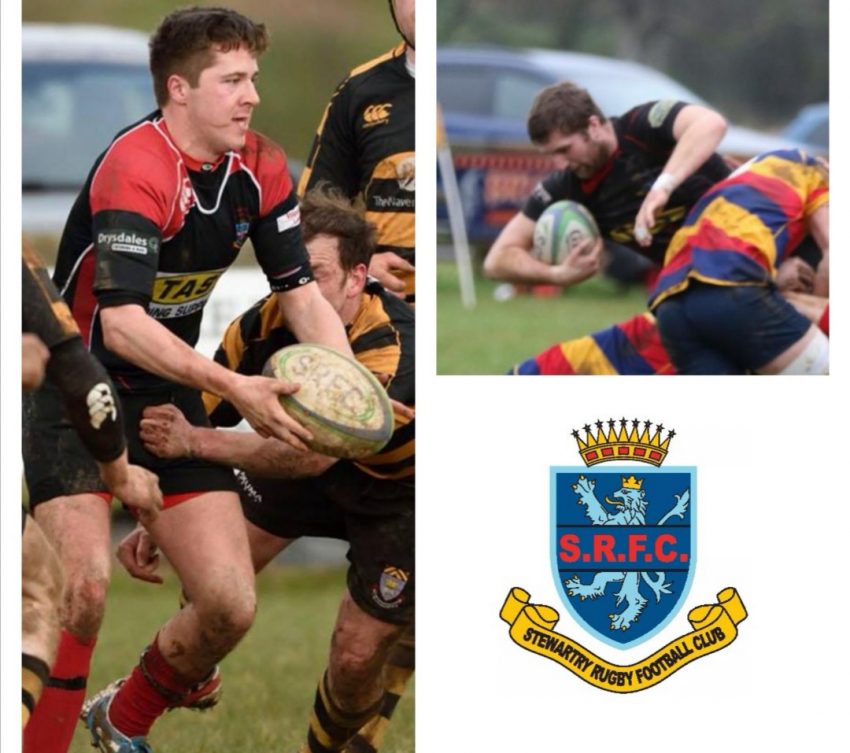 John Picken has been appointed captain of Stewartry Rugby Club for the second season as skipper.

John said “I’m delighted to accept the challenge of another season as captain and have David Maxwell as Vice Captain.

Due to the curtailment of last season because of covid-19 and Stewartry sitting top of the league when it finished, there is definitely a sense of unfinished business.

The first team squad made huge progress under coaches Sandy Currie and David Borland last year and we will be looking to develop further next season especially with it being our 50th season.”

John played all his youth rugby at Stewartry.  He started off as a Shark in P4 before moving to Newcastle Agrics during his University years. He then spent 3 months playing in New Zealand while traveling before returning home to his farm outside Kirkcudbright and rejoining Stewartry.

Vice captain Maxwell was part of the leadership group last year that supported John with his captaincy but got the nod to become Vice Captain from both coach Currie and John for this coming season.

David said “Being a Stewartry boy all my life I’m extremely proud to be asked to be Vice Captain.

We are wanting to build on a really successful season last year and I am sure we can continue to bring success in our 50th season to the club.”

David Maxwell also started his rugby journey at Stewartry being brought though the ranks of our youth section and moved straight into first team rugby after Colts. A hulking 2nd row Maxwell is known for his hard hitting tackles and big carries.

Everyone at Stewartry is behind them