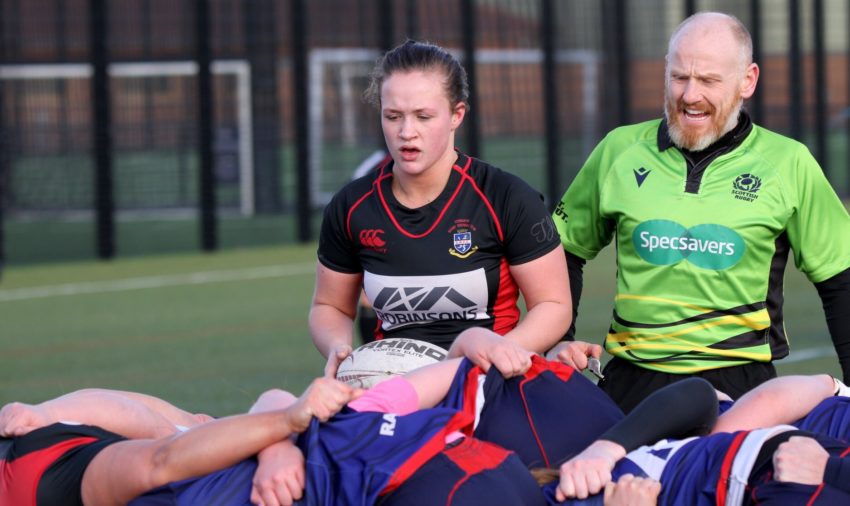 The Sirens made the 3 hour trip to Edinburgh knowing their spot in the quarter final was already safe after their convincing win against Ayr Ladies last weekend at Greenlaw. The ladies in black & red didn’t know what to expect from the Edinburgh side having not played against them in two seasons. Corstorphine have had an impressive season finishing 3rd in the Women’s Premiership League and undefeated in their cup run to date. 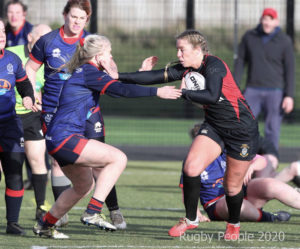 Nevertheless, the Sirens didn’t allow their opponents track record to get in the way of their performance. After the Sirens got the bus journey out of their system, they were soon back (in true Sirens spirit) to bringing the physicality to the game which resulted in a better second half performance going from 28 – 0 down at half time to a 38-15 loss at full time.

Although it was a loss for the Sirens there is a lot of positives for the team to take away. The Sirens dominated at Scrum time, there was a number of impressive back moves displayed, as well as  a number of well drilled and controlled forward phases delivered. 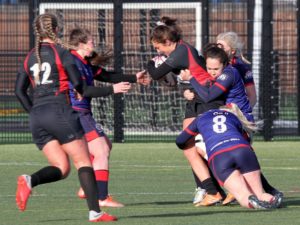 Player of the match chosen by Corstorphine: Lisa Ritchie who performed excellently in defence and (as always) lead and controlled the team well on the pitch

Player of the match chosen by Stewartry Sirens: Chloe Johnstone who also performed excellently in defence but was a stand out player in attack, gaining yards for her team with her line breaks and impressive fends.

The Stewartry Sirens & Coaching team will now refocus and train hard for the next two weeks. The next match for the ladies team will be the Quarter finals on the 22nd March (opposition yet to be confirmed).