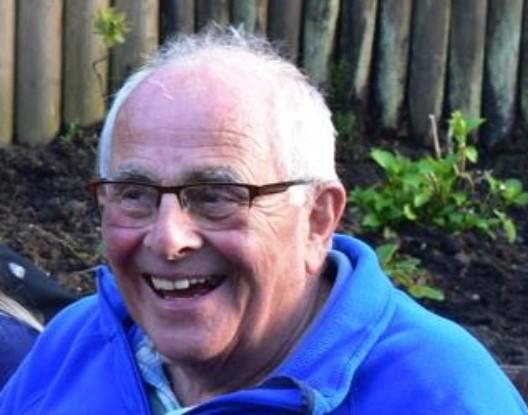 It is with great sadness that the Stewartry Rugby Club have to report the sudden death of a founder member of the reformed Stewartry in 1970 and Captain of the Club in 1971-72-73.

Sandy Louden who died on Saturday 6th June 2020 at home in Ayr.

I am certain all our thoughts are for Anne and his family. Sandy was a beloved husband of Anne, proud Dad to Stuart, Alan and Andrew, and adoring Papa to Cameron, Anna and Sophie.

The funeral cortege will leave his home at 12.30pm on Friday 19th June which is also the date of the Stewartry 50th anniversary of the reforming of the club.

Friends can join online by requesting details from Info@armoursfuneralservice,co.uk No flowers please.

Donations welcome in lieu to My Name’5 Doddie Foundation.

I am certain those who remember him from his playing days and his favoured positions at scrum half and wing forward. Sandy arrived at the Stewartry having played with Lenzie and Ardrossan to work in the Southwest Area.

Sandy played in the Stewartry’s first game away at Dumfries 3rdxv on12th September 1970 losing 16-24. He was also a member of the team that won their first ever game beating Ayr A1xv on the Cricket field at Ernespie Road Castle Douglas 13-9.

Sandy’s record of Captain was first season 1971-72 won 14 lost 14 and beaten 4-3 by Langholm in the Stewartry Sevens. In his second season1972-73 and the Club playing in Glasgow division two results were played 5 won 2 lost 2 drawn 1. Sandy left Stewartry with a 25-0 win in the league at home to Watt College as work took him to Helensburgh where he joined Helensburgh rugby club.

Small in stature but big in heart and personality, he will be greatly missed by all.