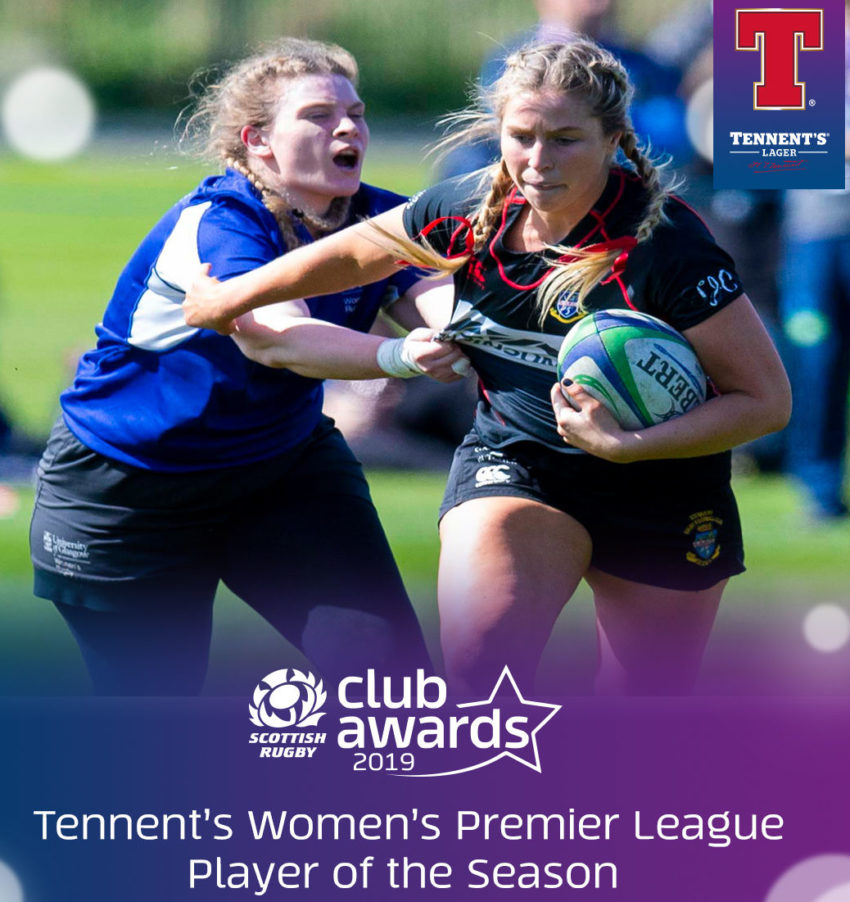 “There were highs and lows throughout the season but we definitely managed to finish on a high winning the Plate final at BT Murrayfield. It was so unexpected to win this award and being here tonight has been great.” Chloe Johnstone, Tennent’s Women’s Premier League Player of the Season