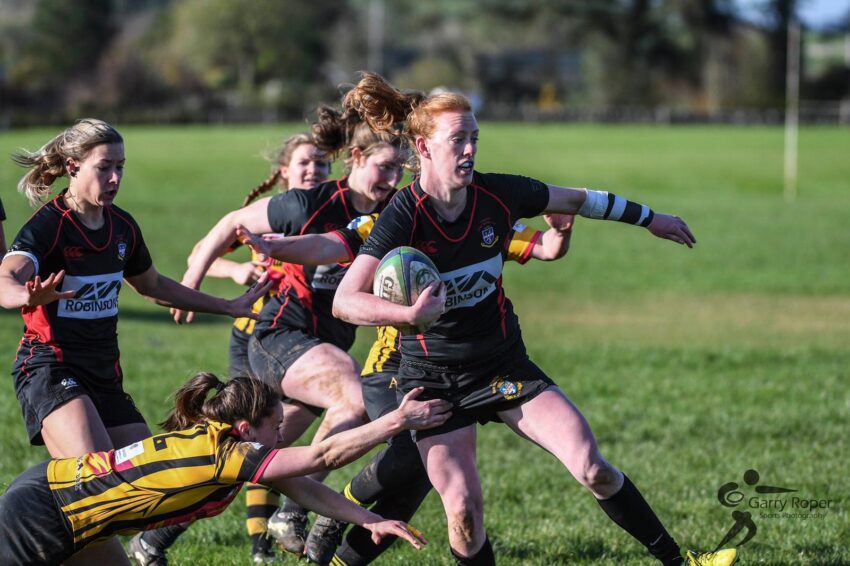 Stewartry Rugby Club’s Claire Manson was this week appointed as a ‘young ambassador’ for the first RugbyForce program, which has been launched by the Royal Bank of Scotland (RBS) in association with Scottish Rugby.
The 24-year-old scrum-half was one of ten ‘grassroots heroes’ aged 18-35 picked from amateur clubs across the country.

Applicants were asked to put forward ideas for projects that would help their club to create stronger connections with their local communities, build a legacy and make positive societal change.

Claire’s Young Ambassador programme will see her use her role as the current captain of the ladies squad and head coach for the girls section to continue to grow the game and improve the opportunities available for female players locally.

Funding provided by RugbyForce will go towards a scholarship fund for young players whose families may struggle to afford club membership fees.

In addition, Claire intends to set-up of a kit donation scheme which will provide essential items for rugby such as boots for those in need.

She will also look to build her marketing skills through the mentoring scheme to attract new players to Stewartry Rugby Club and secure additional funding streams as part of continued recovery efforts from the effects of the pandemic.